A Straight Spouse Goes to a Dinner Party

This is a wonderful blog post from the Straight Spouse Network's website (www.straightspouse.org). It very eloquently describes the uniquely awkward position of the straight spouse. I hope anyone reading this, LGBT and straight alike, will come away with a better understanding that 1) it is possible to hold these two seemingly opposing points of view simultaneously; 2) the damage done to straight spouses is very real and can take years to recover from; and 3) that ultimately this is a societal issue, and we all need to work together to ensure that no LGBT person ever feels/he has to enter into a traditional marriage to be "socially acceptable" AND that no unwitting person ever again marries someone whose heart and desires lay outside the marriage. If we can come together in understanding, then we can help make sure that this never has to happen to anyone again. 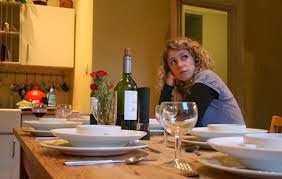 “Well, isn’t it better this way?” the lady across from me asks brightly, a dinner companion at a party for a mutual friend. “Aren’t you happy for him that he’s living an authentic life now?” She’s overheard me talking about my ex-husband to my friends seated beside me.


I keep a pleasant smile on my face and my body language as neutral as I can. Inside I’m wary, tensing up for the conversation that’s to come, wondering how it’s going to go and playing out the ways other, similar conversations have gone before. I’ve stepped into a conversational minefield, and I’ve got no way to tell yet if we’re going to make it out of this conversation in one piece. I can only move forward and hope.


“Yes,” I reply, keeping my tone level and pleasant, “It’s great that my ex-husband is living his authentic life now. “ The lady beams at me. I’ve clearly said what she wants to hear.  Taking a breath, I continue. “But it took him 20 years of MY life to get to that point.” She frowns at me, a look of disapproval pulling her eyebrows together and her eyes taking on a harder look than before. I’ve just gone off-script, and she doesn’t like it one bit. I’ve messed up the narrative that a gay person’s coming out after a long time of denial or hiding is always a wonderful thing to be celebrated by everyone, all the time, when in fact, there can be real damage and real casualties left behind when it happens.

“Well,” she says a bit sharply, “You can’t blame him for that. Not everyone has the courage to come out right away, and sometimes people are confused about their sexuality for a long time. You’re both free to move on to new relationships, so it’s all worked out in the end, right?”

It all sounds so reasonable, doesn’t it?  But I’m hard pressed to not see red and want – just for a moment – to verbally behead this woman, who is now looking at me like I’m waving a “God Hates Fags” sign at a Pride Parade.

What do I say? Do I say what I’m really thinking? And more to the point, do I even know what I’m really thinking as the words all line up on my tongue and batter at my vocal chords in their need to be spoken? Do I say that people who are homophobic make me want to alternately scream at them or crawl into a ball, weeping that there are people in the world who can hate someone else because of who they love and seek to destroy others in the process either directly or indirectly by their policies, actions, and just plain pig-headed hate? That their hate helped to create me and others like me?  Because that’s true.

Or do I say that hell yes, I CAN blame my ex-husband for stealing 20 years of my life and putting me through a hell of emotional and psychological abuse by throwing me into his closet. That he didn’t have to have the courage to come out, he just needed to have the figurative balls to not use someone else as his beard or to destroy what had been a loving friendship. Because that’s true too. Or do I say the thing that’s hammering the hardest to be said in this momentary lapse of politeness – that LGBT activists and allies like her are just as blind and as callous as the homophobes on the other side – by refusing to believe that a straight spouse has been harmed by being a gay person’s beard, or by minimizing the damage such relationships do to the straight people in them and only focusing on the gay person’s feelings.

I’ve got split seconds to decide what to say. I really want to keep the peace here, if only for the sake of my friend and his party, and the friends sitting close to me, who are currently keeping silent on the exchange. Deep breath. Once more unto the breach, dear friends, and all that. I’m hoping what I’m about to say will exhaust most of the words trying to get out. Here goes everything.

“From where I sit, my ex-husband does bear responsibility for his actions. We were both adults when we married, and he had plenty of time and opportunity to state his misgivings to me, even if he could not disclose his sexuality. He didn’t. His actions in leaving our marriage were cruel and destructive, and he bears responsibility for that, too. I’m thankful that I have such loyal, loving friends, a really fantastic therapist, and loved ones who have supported me in a very difficult time and helped me rebuild my life to the point where I am now.

Did you know that the suicide rate for straight spouses is significantly higher than that of two straight divorcing partners? Did you know that there are so many of us in the US and elsewhere that we have our own term for ourselves? Did you know that this is still happening to millions of men, women, and their children if they have them?
Now, I don’t know about you, but I want to do everything in my power to make sure this tragedy never happens again to another person, gay or straight, because I wouldn’t want anyone, anywhere to have to live a minute in my shoes if I can help it.”

At least, that’s what I thought I’d said. It’s what I was trying to say, anyway. In reality, I probably got through the first quarter of it and then everything started coming out in a flood of words and tears, because talking about this topic for too long still makes me cry, and crying doesn’t exactly help your public speaking skills. Still, I was hoping she’d get the gist of it.


The lady’s mouth, open to make some kind of rebuttal, snaps shut. Her face doesn’t lose that disapproving look, but her eyes soften a bit.

Maybe, just maybe, she sees me – the young, madly in love girl who married her sweetie, truly believing the relationship was an honest, reciprocal love that would last forever and the older, wiser, much more emotionally battered straight spouse who has dealt with the kind of cruelties and betrayals that no person ever wants to face and who still refuses to let those who would hate another human being for loving who they love win by becoming like them, while realizing both sides of the argument would be happier if I and others like me simply didn’t exist

We screw up the way the story is supposed to go for both of them.

And in that moment, I want to say one more thing to her, but I don’t. The thing I want to say is this – we don’t want to be celebrated for being straight spouses. We don’t want a parade, or a special day, or some kind of party. We want you to see us, and to take a moment, in the admirable rush to accept others being their authentic selves, to accept us too.

To schedule a face-to-face or FaceTime session with Kimberly Brooks Mazella, LPC, please go to my website at www.kimberlybrooksmazella.com.
Posted by The Straightforward Project™ at 9:51 AM