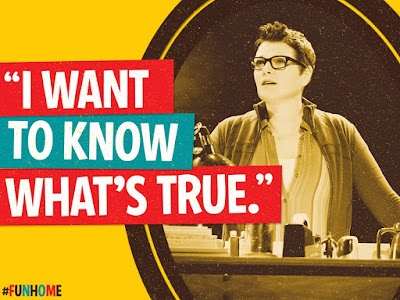 That's how it happens
Days and days and days
Made of posing, and bragging, and fits of rage
And boys – my God, some of them underage!
And, oh, how did it all happen here?

Welcome to our house on Maple Avenue. See how we polish and we shine.
We rearrange and realign.
Everything is balanced and serene.
Like chaos never happens if it's never seen.
- "Days and Days" from Fun Home: The Musical (sung by Helen)


Fun Home is a musical based on Alison Bechdel's graphic memoir of the same name. The musical tells the tale of Alison's sexual awakening as a lesbian woman and her conflicted relationship with her closeted gay father, Bruce, who took his own life four months after she came out. Fun Home was nominated for twelve Tony Awards in 2015 and won five, including Best Musical.

When Amie Shea of the Gay Dad Project asked me to contribute a Mother's Day blog post, I wanted to speak about the "straight spouse" experience from a different perspective, with a fresh voice. As a psychotherapist, I've seen any number of mothers whose husbands either came out as -- or were discovered to be -- gay. And as a member/facilitator of multiple private online groups, I've read hundreds of stories, and have shared my own. All different...and all the same. And too often only heard by other straight spouses. Heartbreak in an echo chamber.

But then, as I was contemplating writing this blog post, I saw Fun Home twice in the same week. (Yes, it's that good!)  Alison Bechdel's book came to life on stage, giving voice to not only Alison and her gay father, but also her mother Helen. It's one of the few times that the straight spouse has been an important part of the narrative.

Helen, like most straight spouses, quietly implodes behind the scenes. The closeted gay husband/father and the lesbian daughter are the main characters, and therefore their struggles are front and center. This particular story is, after all, written from the daughter's perspective about her own sexuality and her father's turmoil about his.

Oh, but Helen. My eyes were on Helen throughout the show. At one point in the song she appears physically broken, as if she finally gives in to the weight of the secret and the betrayal and the deceit. Gives in to the devastating realization that all the years spent over-functioning and holding the family together were for naught. Gives in to the agonizing possibility that her best years are gone, offered up to someone who may or may not have ever truly loved her.

I want to know what's true
Dig deep into who
And what and why and when
Until now gives way to then...
- "Helen's Etude" from Fun Home: The Musical (sung by Alison)

Alison Bechdel says of her mother, "Like Odysseus' faithful Penelope, my mother kept the household going for twenty years with a more or less absent husband." Helen was a devout Catholic who not only worked and pursued a Master's degree, but also raised three children while coping with a husband who had sexual affairs with multiple men, both before and during their marriage. He was given to fits of unprovoked rage. He also brought young men around to the house and was arrested for plying an underage male with alcohol. On one occasion he brought home body lice. (None of these are uncommon events in the straight spouse experience, by the way. The trauma is about so much more than just a husband coming out.)

In her memoir, Alison describes a photograph of her mother as of a woman whose "luminous face has gone dull." In another photograph, her mother is curled up in a chair, "literally holding herself together." Murmurous devastation.

Another straight spouse story. All different. All the same.

Except for this unexpected twist.

While doing research for this blog, I came across the real Helen Bechdel's obituary from 2013. I was struck by the photo of this beautiful woman, with compassionate dark eyes and a Mona Lisa smile. Here are a few lines from her obituary:

"Helen was a devoted mother, a gracious hostess, a superb cook, and a consummate housekeeper. And she managed all these things with apparent effortlessness while working full time and pursuing her creative interests with both passion and discipline."

While living in New York City, Helen "attended as many plays, operas, poetry readings, concerts, and jazz performances as was humanly possible."

She was "a gifted pianist" and had "a passion for opera."

"For many summers, Helen was involved with the Millbrook Playhouse in Mill Hall, either performing or working on costumes— often both."

"She delighted in her grandchildren."

In other words, Helen was so much more than a woman bowed by her husband's closeted homosexuality, infidelity, and suicide. She both survived and thrived. She was actively engaged with the world. She didn't curl up and die, as much as she may have wanted to.

This is the part of the straight spouse story that doesn't get told nearly enough. Stories like Helen Bechdel's. Straight spouses are brave, out of necessity if nothing else. We are resilient. We keep functioning when NOT functioning would be so much easier. We come through the fire that much stronger. Murmurous devastation gives way to intrepid determination.

So Happy Mother's Day, Mrs. Bechdel. And to all the rest of you incredible women who are not defined simply by being a straight spouse. You know who you are...and what you're made of. 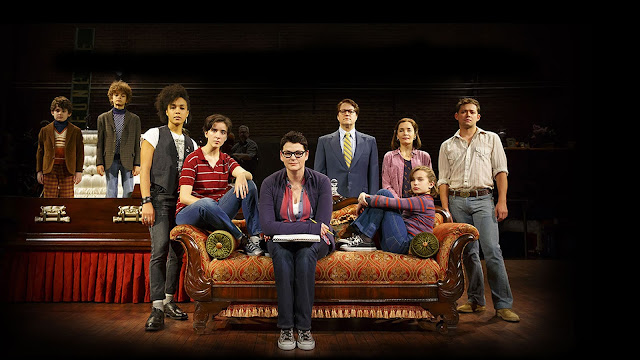 To schedule a face-to-face or FaceTime session with Kimberly Brooks Mazella, LPC, please go to my website at www.kimberlybrooksmazella.com.

Posted by The Straightforward Project™ at 3:22 PM

What a brilliant post you’ve written. Thank you. And I MUST see this play. Again, thank you.